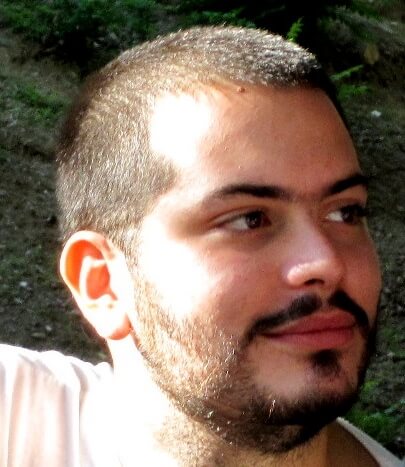 Dionysios Xydias is a Ph.D candidate at University of Crete, Greece. He has received a PhD scholarship under the framework of ELIDEK (2019-2022) and the Stavros Niarchos Foundation – FORTH ARCHERS project (2018). He received a Bachelor’s Degree in Physics from the University of Crete, Greece in 2010, having been awarded with a scholarship from the State Scholarship Foundation (2006-2009) and first class honours, for the highest GPA in the School of Mathematics and Natural Sciences and a Master’s Degree in Physics, from the Freie Universität Berlin, Germany in 2016. He works on the determination of the topological effect of substrate topography on networks of neural cells, investigating how the electrical activity of networks of neural cell cultures, grown on pre-patterned substrates with regular, complex and random shapes, depends on the topography and the dimensional characteristics of the patterning as well as the growth conditions of the cell cultures. His methodology includes the design and preparation of substrates on which neural cells adhere and differentiate selectively, in predefined shapes, the recording of their electrical activity with the use of 2-photon excitation fluorescence microscopy and the analysis of the fluorescence signals to determine the correlation between individual neurons and the topology of the culture as a network. His main research interests focus on the combination of experimental imaging of live cell cultures and the use theoretical neuronal network model simulations of neuronal electrical activity for different network geometries to determine their effect on the network topology.